A house with history and tradition...

enjoy the atmosphere of a house of the 15th century. 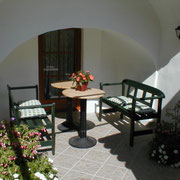 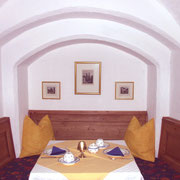 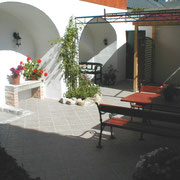 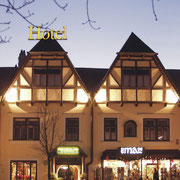 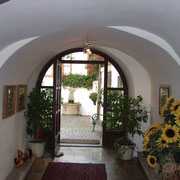 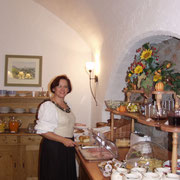 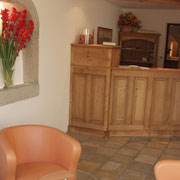 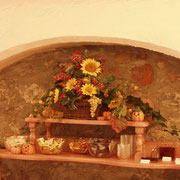 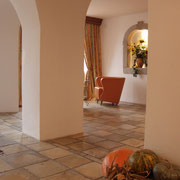 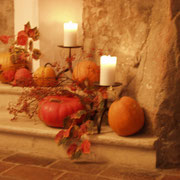 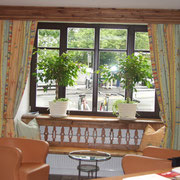 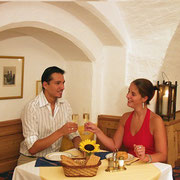 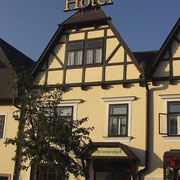 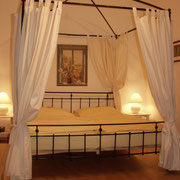 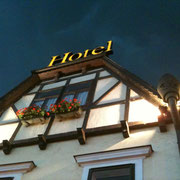 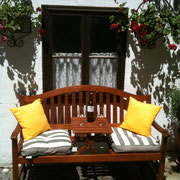 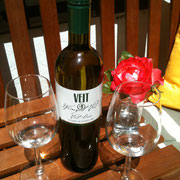 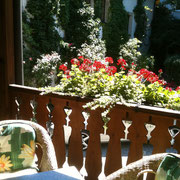 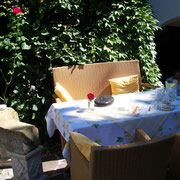 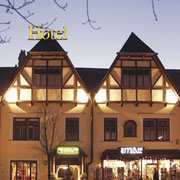 A house with history - create something new by maintaining the old.

The oldest documents of our house are dated back to the year 1454, the vaults of the breakfast room are probably older. Since the middle-ages the little alley towards the garage is named "Schrannengasse". "Schranne" is the old word for law-court.

We are not sure if there ever was a law-court in one of the houses, but evidently the pillory was infront of the house. Due to that fact it is more likely that the "Schrannengasse" got the name from the delinquents led through the alley from the upper part of town ("Obere Stadt") to the pillory where the sentence was executed.

The location of the pillory in the lower part of town ("Untere Stadt") was well chosen. It was the busiest place of Klosterneuburg because the harbour was on the site of the todays train station before the regulation of the Danube . That is why old craftsman buildings are found there. Another evidence for that is the guild sign at the entrance of the book store next door to the hotel.

The very unusual gabled roof of the "Schrannenhof" is rather a characteristic of the northern parts of Europe. This can be also explained by the harbour and the enclosed shipyard. Travelling journeymen paid for their accommodation and food by helping the locals building their houses. And so the knowledge of the nordic carpenters created the "exotic" front of the hotel.

The rear part of the hotel with the little inneryard was first mentioned in old files of the year 1359 as property of "Mert von Glata" and was a craftsman house for most of the time. 1609 it was sold to Göttweig Abbey and was used as a storage room for quite a while.

Close to decay the entire property was renovated by Fritz and Hermine Veit in the year 1985. The sensitive work with the mediaeval substance and the love for creating something new by maintaining the old makes the Schrannenhof to a special place. 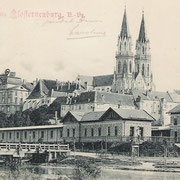 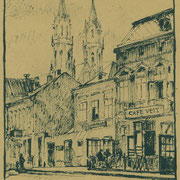 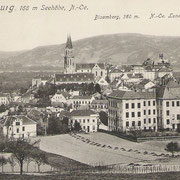 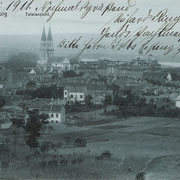 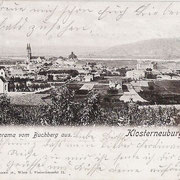 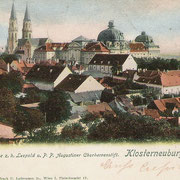 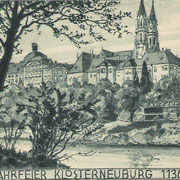 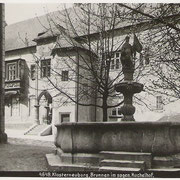 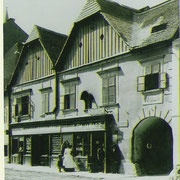 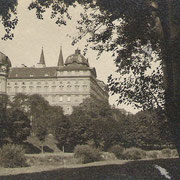